Over 80 advocates, service providers, caregivers, law enforcement officers and more attended the National Crime Victims’ Rights Week Kick-Off Breakfast at the Southeast Missouri State University River Campus in Cape Girardeau. The Safe House for Women earned a grant from the Department of Justice and partnered with Voices for Children and Beacon Health Center to host a week of community awareness events. Breakfast was provided by the Office of Addictions Research, Department of Nursing at Southeast Missouri State University. 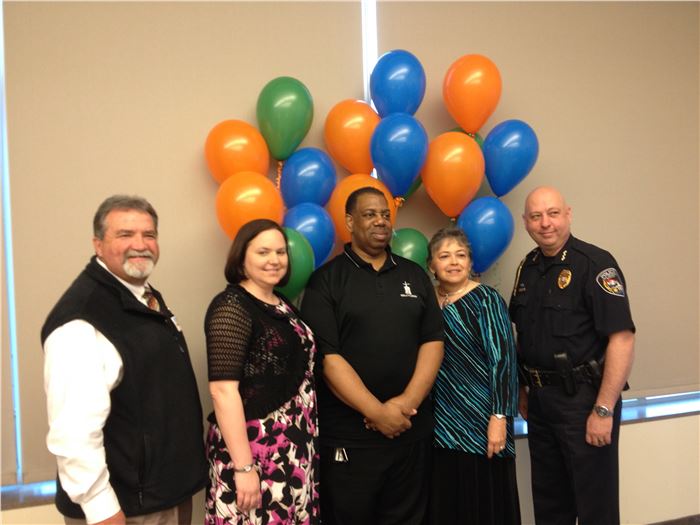 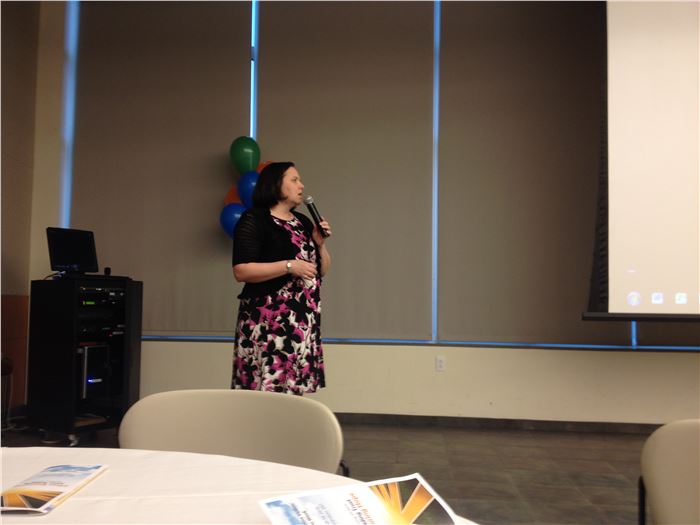 Safe House Executive Director Jessica Hill said the purpose of the week was threefold: to honor victims and reinforce to them that they are not forgotten, to build connections between the service agencies in the community and to raise awareness among the general public. The theme for the week is Serving Victims, Building Trust and Restoring Hope. 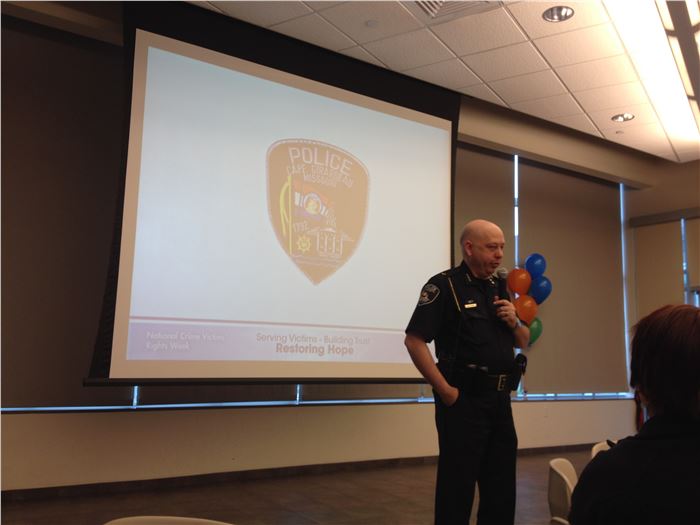 Chief Wes Blair of the Cape Girardeau Police Department gave the keynote address. He said if one were to ask ten different people about the meaning of justice, one would receive ten different answers. However, if one asked a victim of crime for the definition of justice, he said the definition would include being treated with respect, being listened to and having a voice for important decisions. Blair said crime has multiple victims in addition to those directly acted upon.

Blair told the story of Yolanda Reynolds, a 2003 case he worked on while he was an investigator in Texas. Reynolds was killed in her own home with her eight-year-old and five-year-old sons witnessing the event. Her family was not given an adequate voice, and prosecutors did not believe they had enough evidence, so the suspect was not brought to trial.

Blair said the victims in Reynolds’ case included her sons who lost their mother, her mother who ended up taking care of the children, her friends and family, society as a whole and those who worked on the case.

“We care more about the suspects than the victims,” said Blair. “We need to be a voice. Creating victims out of offenders is wrong and disgraceful.”

Blair also serves on the boards for the Safe House and Beacon. Interim Director John Gary and Jana Weine spoke on behalf of Beacon. 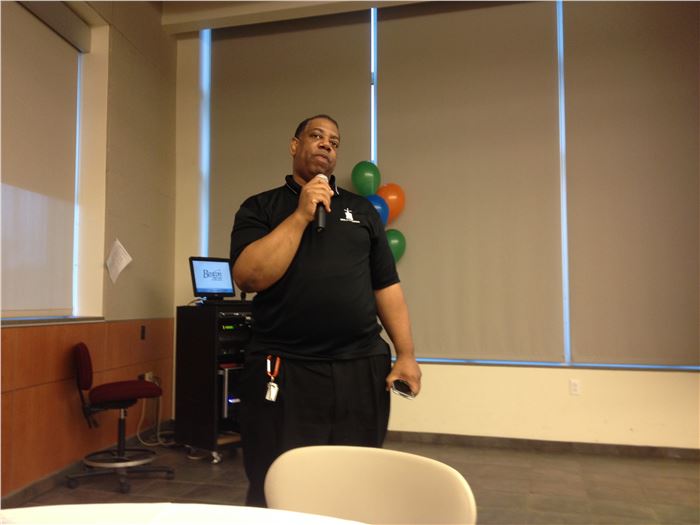 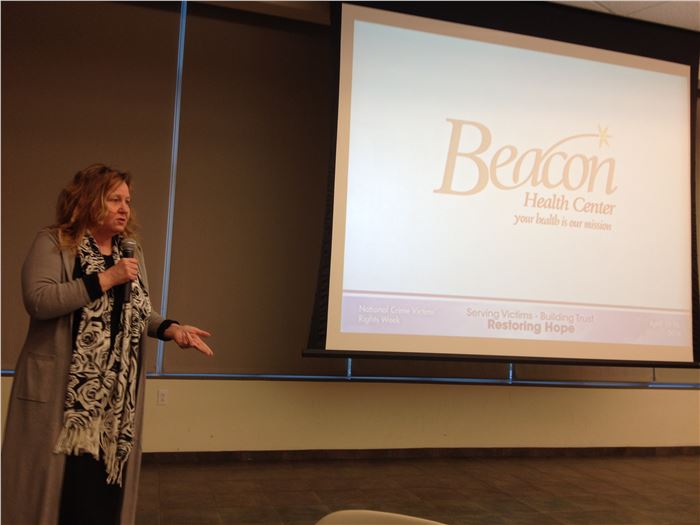 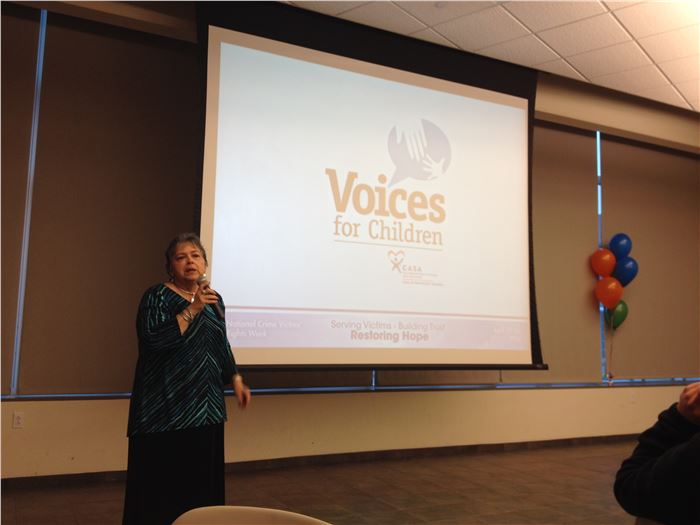 “Family has always been the bulwark of the society,” Nash said. “This not only helps the child but generations down the line.” 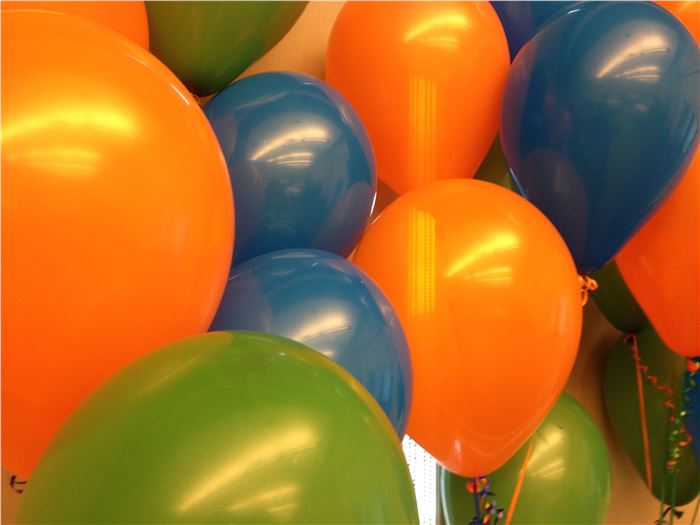 Other events for the week include Task Force Meeting at Dexter Bar-B-Que tomorrow and the Victims Rights Ceremony on Wednesday.

For more information on the week, http://ovc.ncjrs.gov/ncvrw/index.html