Described by an attendee as “comforting,” the 13th annual Victims’ Ceremony at Cape Girardeau County Park North was held for families, law enforcement, survivors, friends and more to remember and honor those affected by crime.

“Being a victim puts you in a difficult place in life,” said Beth Garoutte, victim advocate for Cape Girardeau County Prosecuting Attorney’s Office. Garoutte also served as an event coordinator with Officer Kim Moore of Probation and Parole.

“If you are a resident, you are a victim of crime,” said Moore. “Every time there is a drug transaction, the state of Missouri is listed as the victim.” 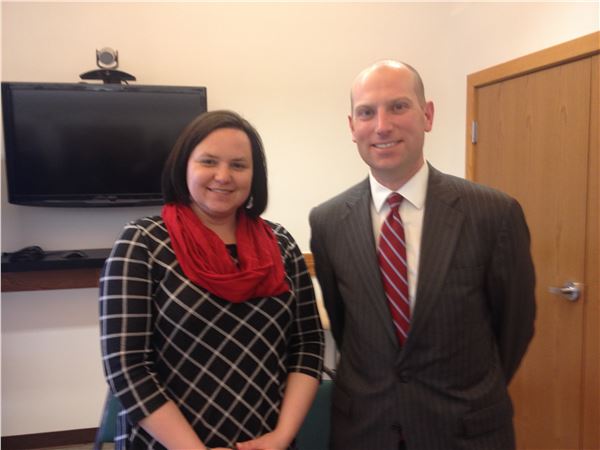 According to Miller, compassion and concern for others’ well being are important to remember throughout proceedings. He said, even if the crime a victim suffered is not considered severe, “it can still be the worst thing that ever happened to that person, and we need to remember that.”

Miller praised the work of Safe House court advocate Becky Holloway, to serve victims by helping them navigate the legal system, file paper work, sit in court with victims and provide them with a voice in confusing and stressful situations.

According to the Bureau of Justice, in 2014 there were about 3 million victims of violent crime. Miller said if that number were projected into Cape Girardeau County, it would effect about 825 individuals.

“What are we doing to help?” asked Miller. He said his office works to hold criminals accountable and “remember compassion and care for the suffering of others. Families are also victims and victims can struggle through proceedings and feel like they are falling through the cracks.”

Miller said it is important to work with community agencies that serve victims like the Safe House, Beacon Health and Voices for Children.

“We are blessed that these agencies provide escape for victims and are doing the Lord’s work.”

Hill stated the importance of what the Safe House, cooperating agencies and law enforcement do to serve victims, build trust and restore hope. Hill said in 2015 fiscal year, nearly 200 women and children were housed in the Safe House’ shelter and nearly 300 received services from the outreach office. She recognized the “dedicated staff and community” efforts to keep victims safe. Hill said the Safe House also provides prevention education to teach students about healthy relationships at an early age.

“We believe crime is preventable and everyone deserves respect and safety,” said Hill.

Hill gave a recap of the weeks events and goals. According to her the goals for National Crime Victims’ Rights Week were threefold: to let victims know they are not forgotten, build connections among cooperating agencies and reach out to the community to raise awareness.

“There are victims all around us,” said Hill. “There are many seen and unseen victims that include loved ones, friends, law enforcement and service providers.”

Hill said the theme of week was to serve victims, build trust and restore hope.

“Victims are not alone,” Hill said. “There are people out there who care.”

Hill quoted Archbishop Desmond Tutu, “Do your little bit of good where you are; its those little bits of good put together that will overwhelm the world.” 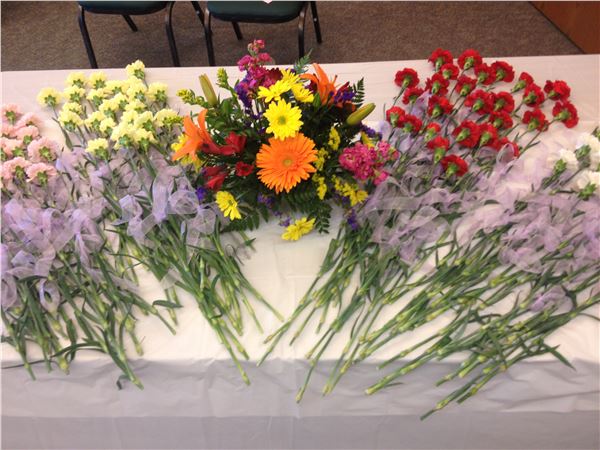 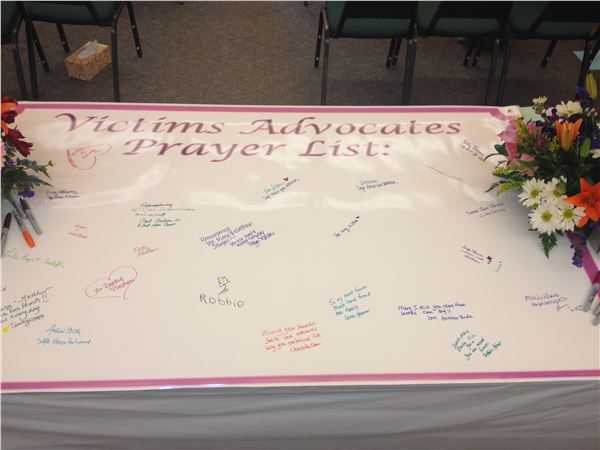 Attendees were encouraged to take a flower, share their stories and sign the banner in honor of someone they knew who was a victim of crime.

“We are not forgotten. We know people care,” said an attendee.